Dianne Tipping-Woods is a southern Africa-based, award-winning journalist who writes about conservation, travel and development. 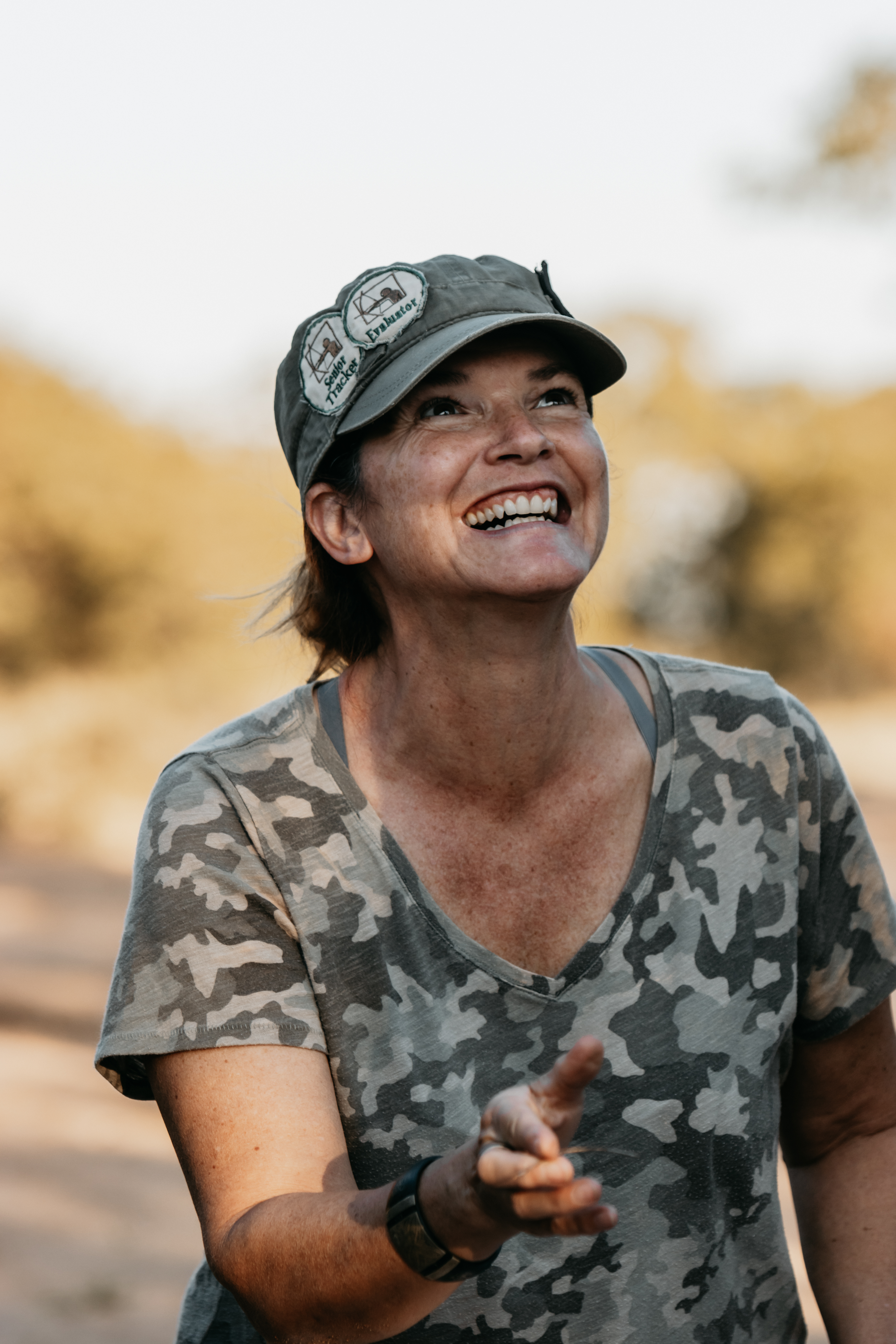 Women in the Wild

In their reciprocal relationships with nature, women who are custodians of wild knowledge are modelling a different way of being in the world; one based on respect, humility and the wisdom of our human ancestors. Dianne tipping-woods meets three of them. 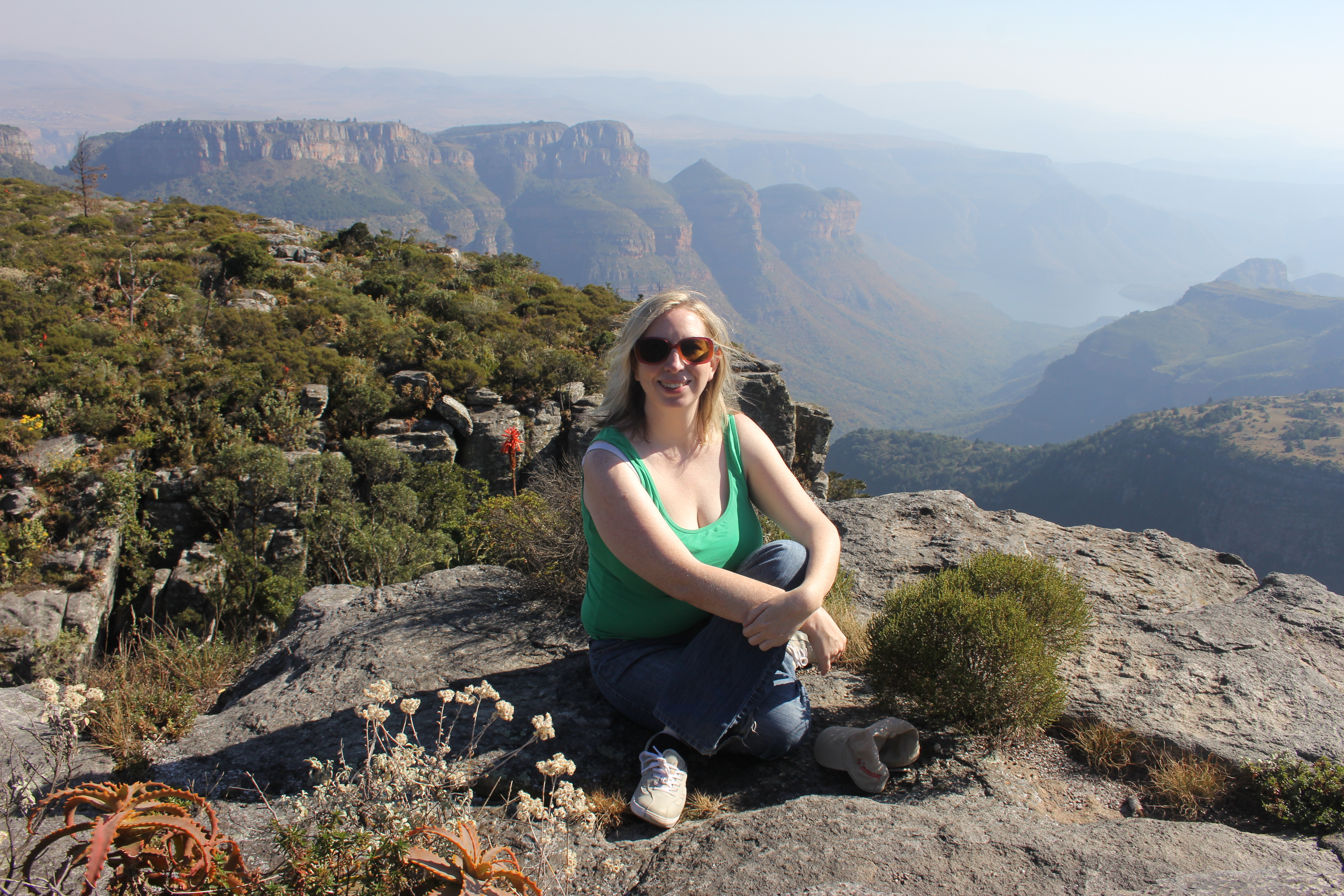 Hello from the other side

Guide Thabelo Sekome was unruffled by my sensory vertigo.He's taken enough people up to the top of Mariepskop to know they need a few moments to gush, exclaim or stand in awe of the vistas, the fynbos, the aloes or the proteas,ʻalthough I first fell in love with the trees in the mistbelt forest lower down the mountain; the Outeniqua yellowwoods (Afrocarpus falcatus), the Transvaal oak(Brachylaena rotundata), and the cabbage trees (Cussonia spicata)ʼ, he said. Millions of tourists gaze at Mariepskop from the scenic vantage points of Mpumalangaʼs Panorama Route, or the Lowveld towns of Hoedsprui 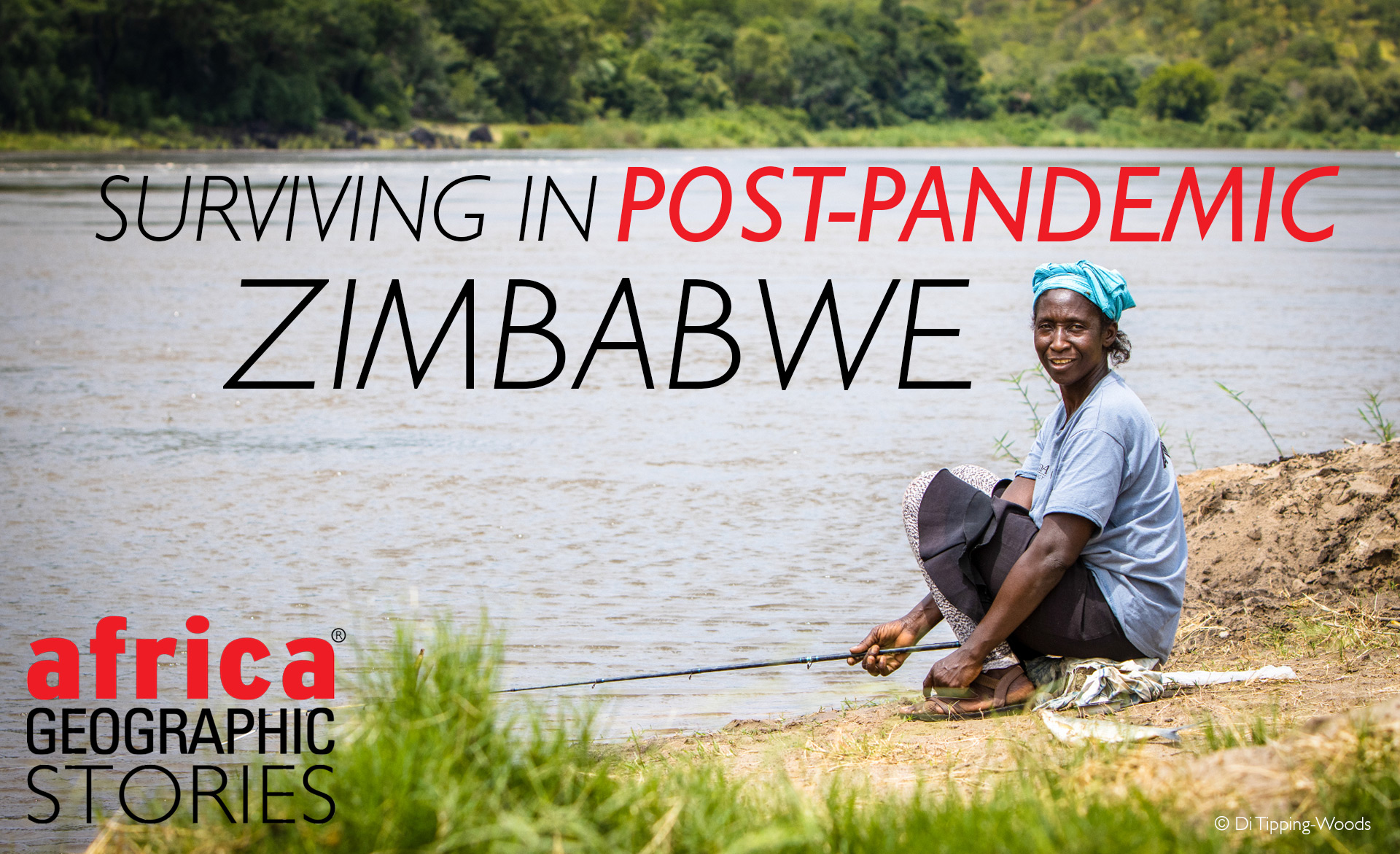 Rose Tshuma is fishing from the eastern bank of the Zambezi River, just in front of the Sidinda Fishing Camp in Zimbabwe, where she works as a housekeeper. “Look across at that crocodile. We’re all hungry,” she says as her eyes follow the stealthy hunter patrolling the opposite shore. The 52-year-old has a wry sense of humour and a keen awareness of the realities of rural life in this part of Zimbabwe. She knows from experience that hunger is no joke.
About eighty kilometres upstream, the mig... 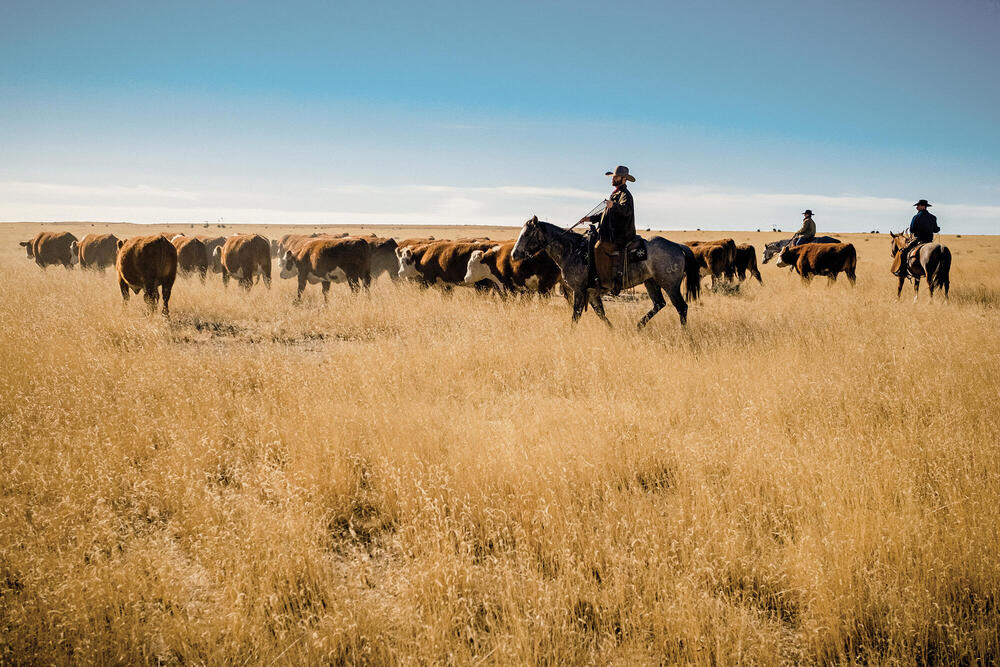 Brenda Brady’s red hoodie provides a splash of color against Montana’s fall landscape as she bends down to see how the forage is faring in a recently reseeded cattle pasture. Behind her stands a 4x4 Chevy truck, which has replaced the horses her great-grandparents rode to survey these lands. The tract on which she stands used to be cropland, but now she’s in the business of growing grass.
On pastures like this, “the goal is to not have bare ground, but to have litter, or what we call the debr... 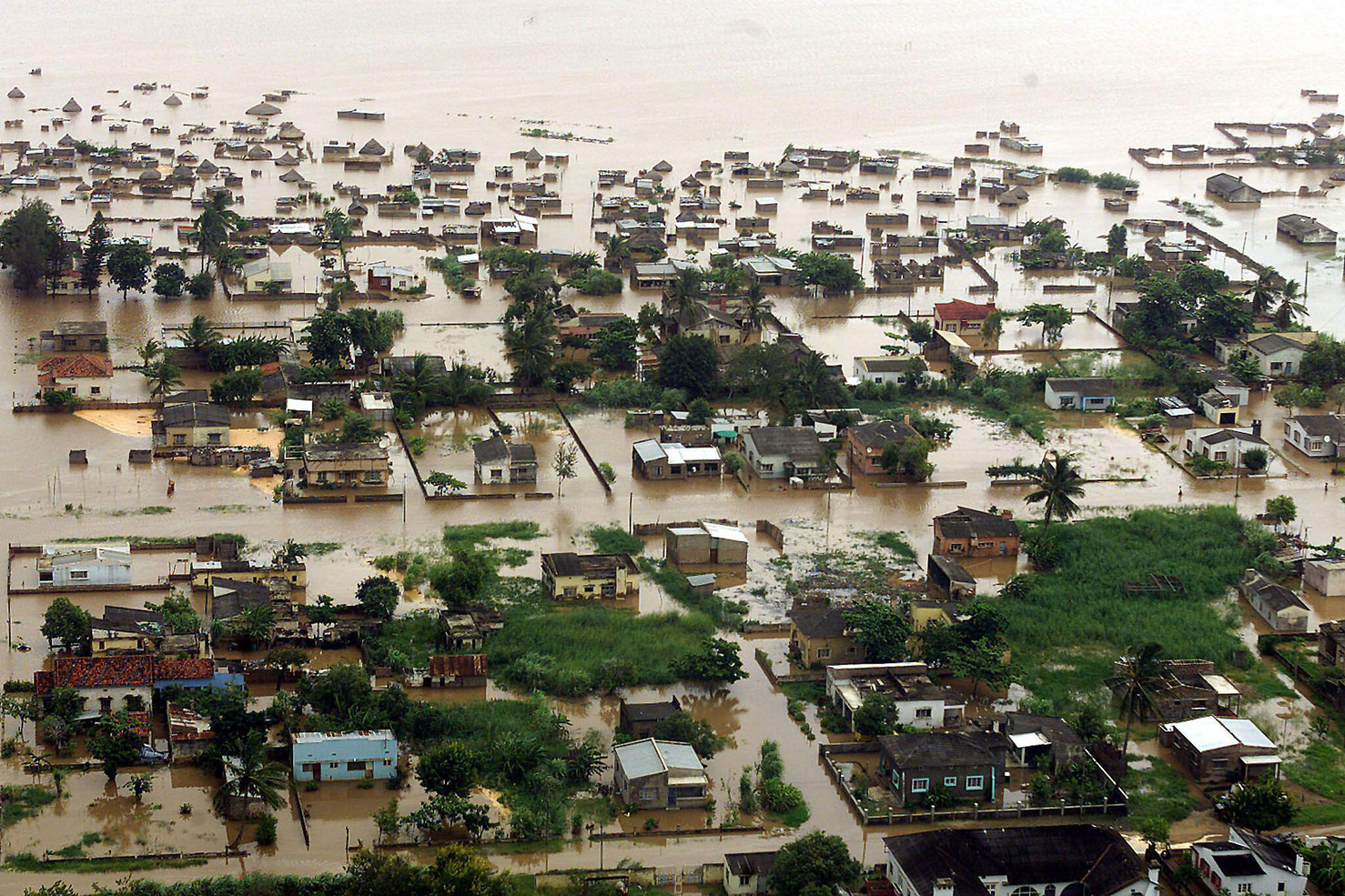 Mothering Mozambique’s Mangroves Back to Life

On the mudflats close to the town of Xai-Xai, Mozambique, where Africa’s mighty Limpopo River meets the Indian Ocean, 93-year-old Salimina João Mahiele joins about 100 women—mainly subsistence farmers from the nearby Mahielene and Zongoene Sede communities—to plant mangroves. They gather around Agostinho Nhanzimo, who helps run the local mangrove nursery established for this restoration project, as he explains how to space the young plants he has cultivated and how deep the holes should be.
A... 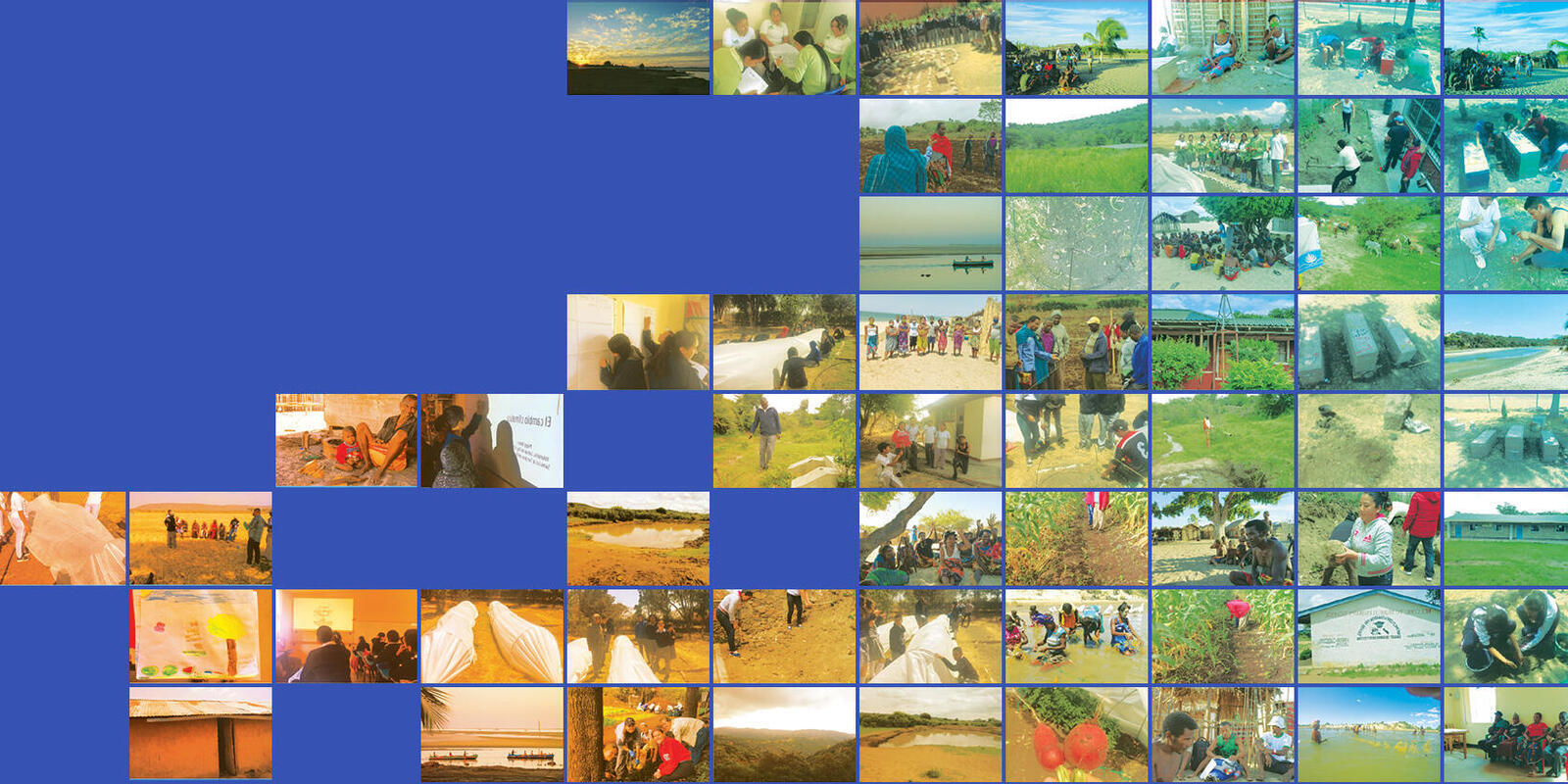 WWF’s Climate Crowd works with partners in more than 30 countries to collect data on how communities are affected by changes in weather and climate—and how they are coping with these changes. The data is analyzed and presented back to the communities, who then work alongside WWF and partners to develop and implement on-the-ground solutions. With their consent, WWF also shares the data on an online platform for use by researchers, educators, and conservation and development practitioners. To d... 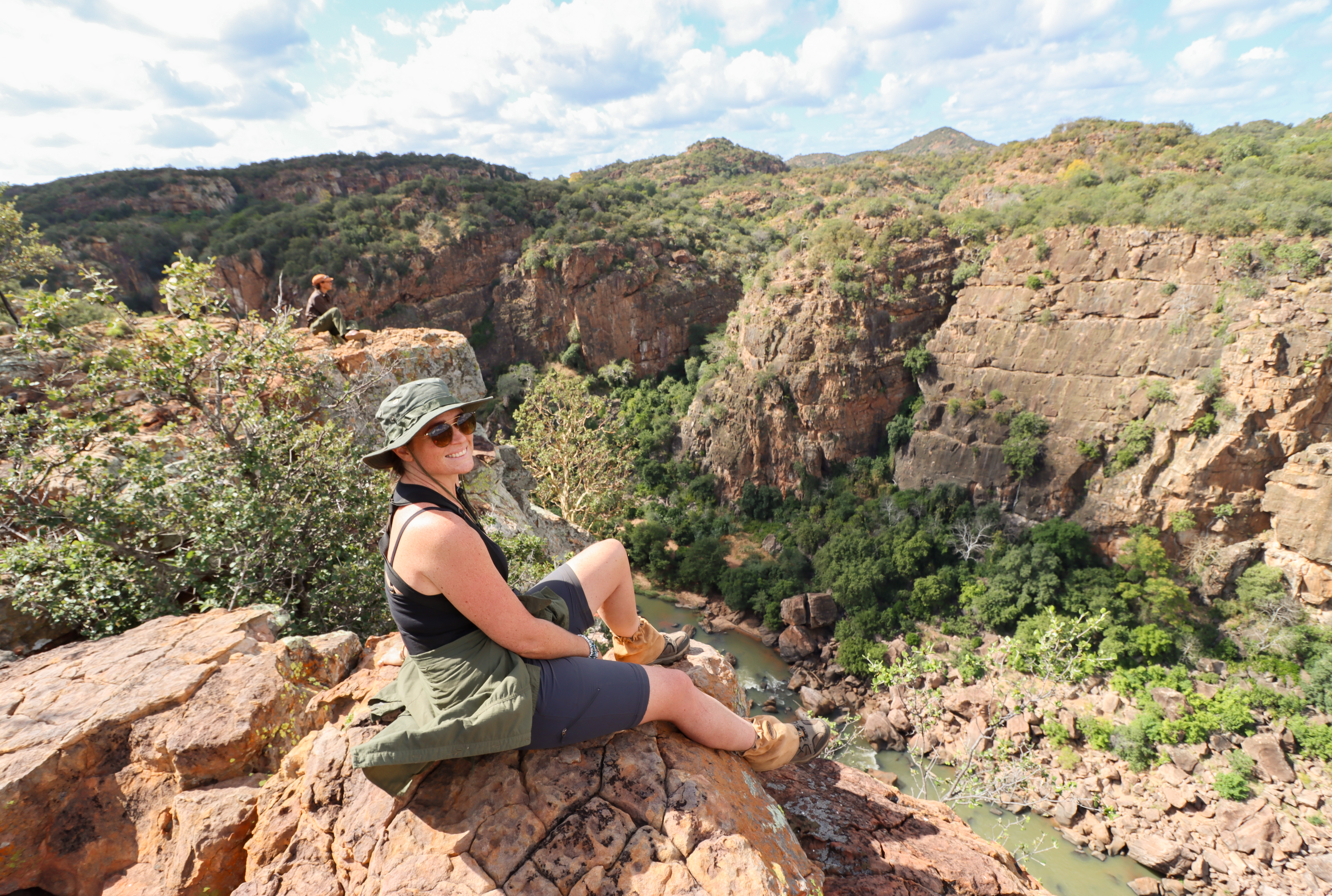 A river runs through us

On a challenging multi-day hike through Makuya Nature Reserve in northern Limpopo, Dianne Tipping-Woods and seven other women rediscover their wild natures. 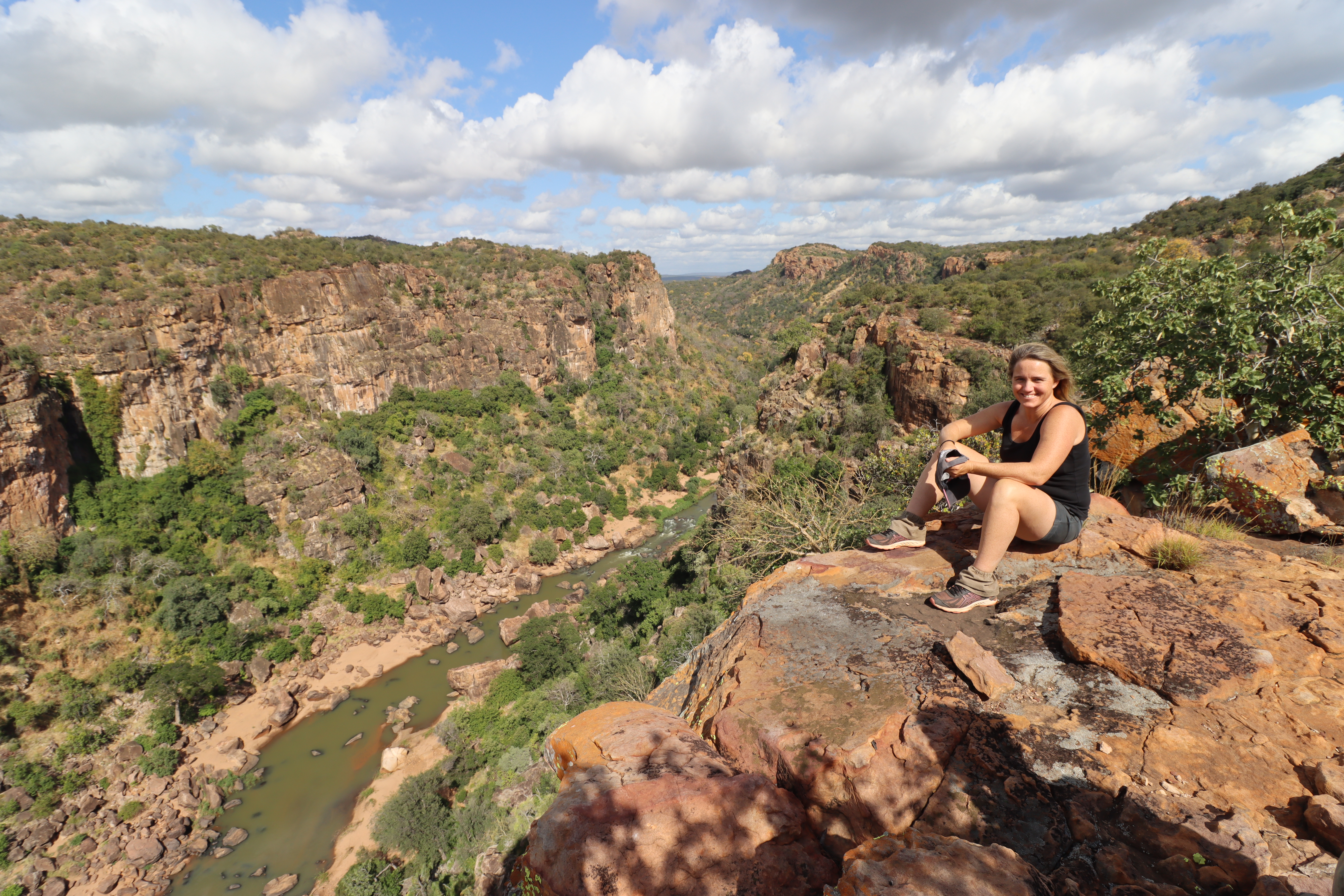 Arthur C Clarke, co-writer of 2001: A Space Odyssey, predicted it, Covid lockdowns accelerated it: a bold new era of virtual travel. I joined family members from five countries for a private virtual safari through Greater Kruger, to see if it lived up to the hype. 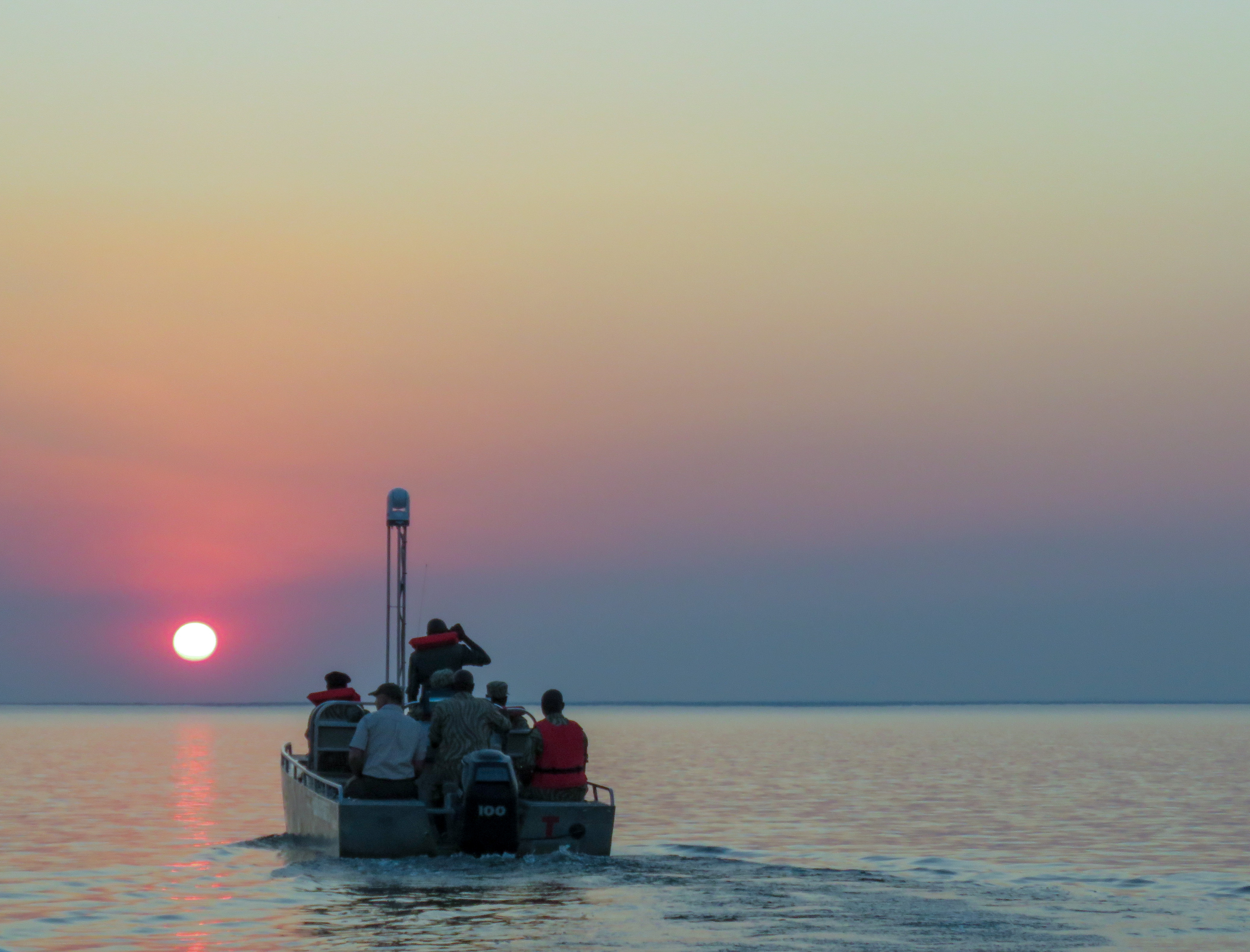 This article is about the potential of combining people and tech in conservation (pgs 98-100). 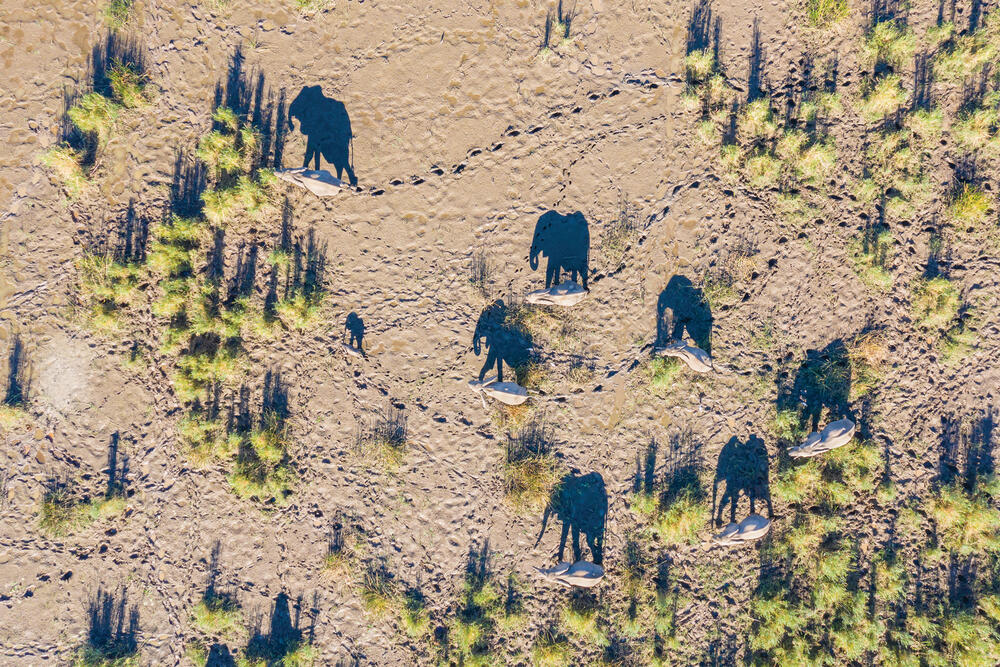 In southern Africa, a confluence of rivers and elephant migration patterns unites five nations around a shared vision for conservation, tourism, and sustainable development
Rivers, streams, and wetlands gush, trickle, surge, soak, seep, and filter their way through the Kavango-Zambezi Transfrontier Conservation Area (KAZA), bringing life to Africa’s most ambitious conservation landscape. Like the people and wildlife of the region, the waterways here are unique, diverse, and interconnected. Th... 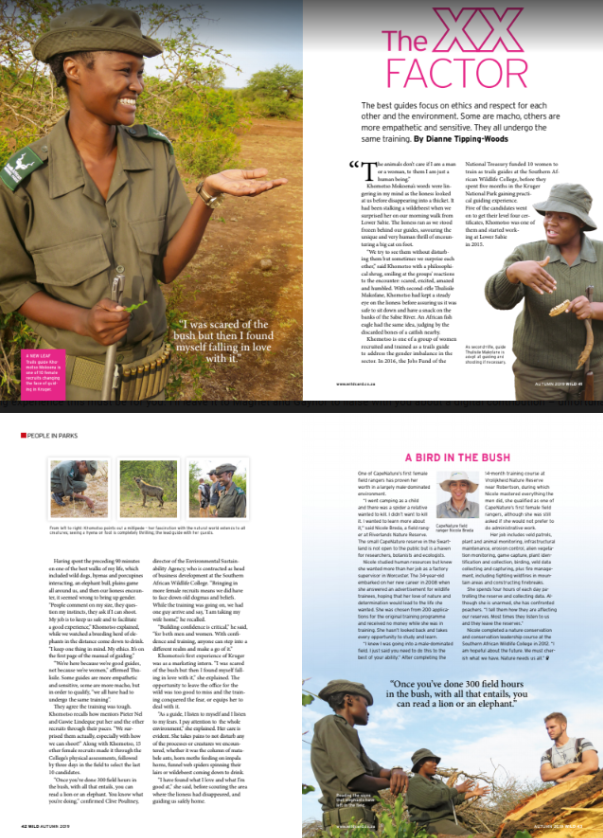 “The animals don’t care if I am a man or a woman; to them I am just a human being.”

This statement Khomotso Mokoena was lingering in the back of my mind as the lioness looked at us, before disappearing into a thicket. She’d been stalking a wildebeest when we surprised her on our morning walk from Lower Sabie. She’d run as we stood frozen behind our guides, savouring the unique and very human thrill of encountering a big cat on foot... 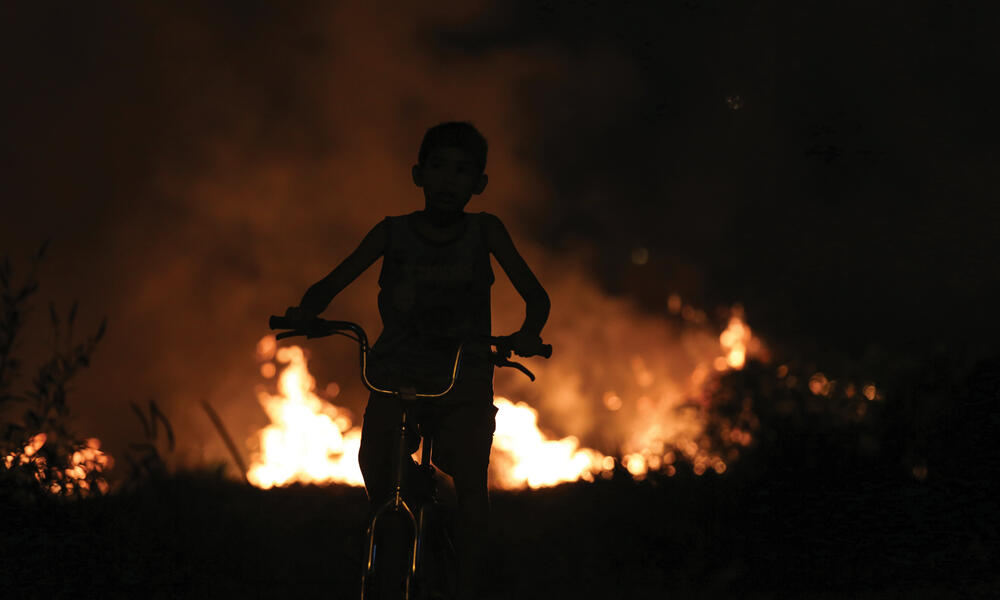 Many fires burned around the world in 2019–2020, all with different causes, scales, and impacts. But they had one thing in common: Climate change stoked their flames.
In 2019, huge fires in Alaska threatened ecologically significant habitats that are home to species such as caribou and salmon. This in turn threatened the food security, infrastructure, health, and cultural identity of people throughout the Arctic. Climate change contributed to these wildfires, which were fueled by increasing t... 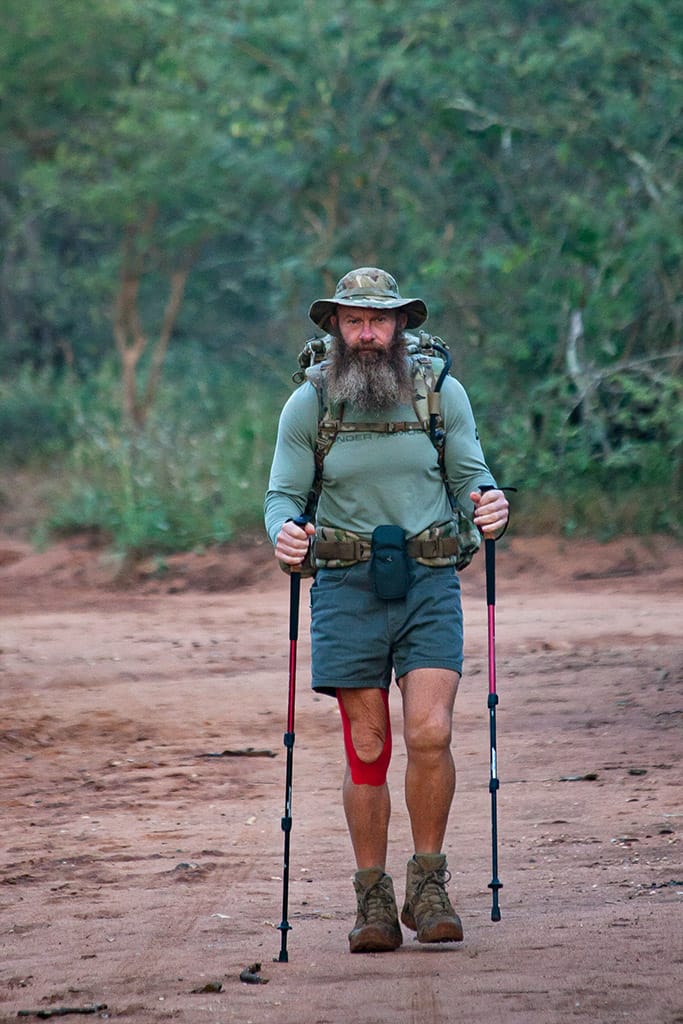 On April 28, Limpopo wilderness guide Bruce Lawson decided to walk 150km around a 400m track in his garden over three days, to raise money for food parcels. He hasn't stopped walking since. More than two weeks later, he's nearing the 1,000km mark, with over R400,000 raised. That's more than 30,000 meals for families in need... 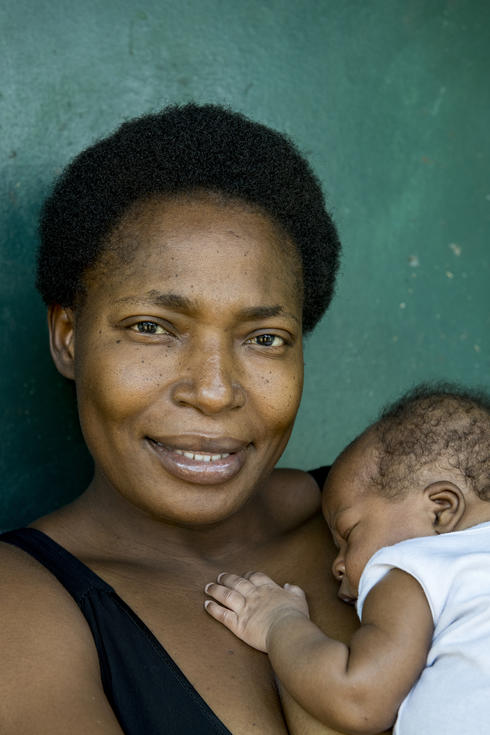 As Anety shifts her baby from hip to hip—she wants to stand but the wound from her caesarean section still hurts a bit—she casually talks about confronting poachers and her lucky escapes from these criminals and wildlife like elephants and buffalos.
She didn’t quit when she was almost killed by poachers, or when a colleague was murdered, or when an elephant tried to crush and bury her in her tent, or even when she had her first child six years ago. The baby’s father died in 2014, leaving her ... 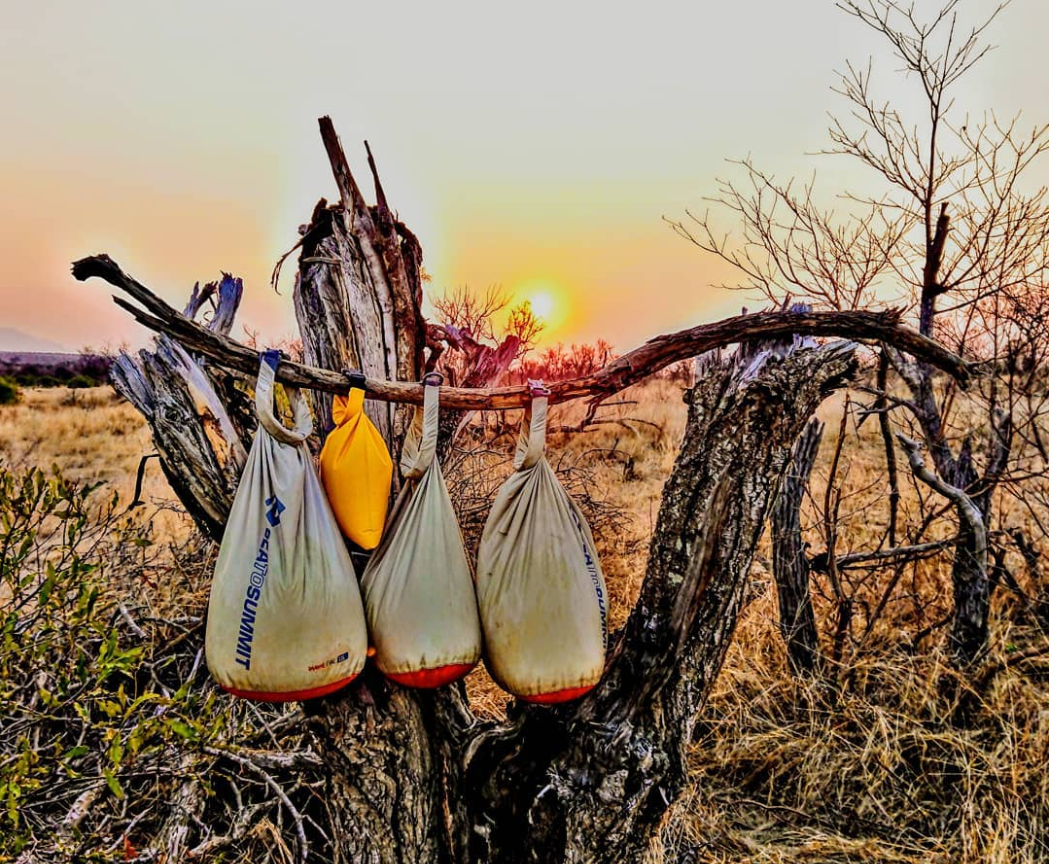 Eight loosely acquainted women swap Joburg and Cape Town for the Greater Kruger National Park, embarking on an epic journey of discovery about wilderness, self, and the relationship between the two.

“Why have you come here?” guide Brenden Pienaar asked as we gathered under a copse of Jackalberry trees on the banks for the Nhlaralumi River, our departure point for a fully immersive, back-to-basics hike through the wilds of the Greater Kruger National Park.
Our answers were as varied as we were; eight women from different backgrounds, cities and interests. We wanted quiet, we wanted...